HENRY COUNTY, Tenn. — An operation targeting sexual exploitation of minors over the internet and human trafficking was conducted in Henry County earlier this week, leading to six arrests. 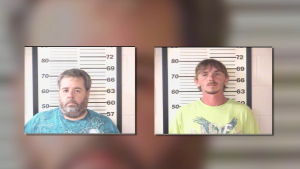 The Henry County Sheriff’s Office worked with several other agencies in this sting and used the tool predators rely on to catch them in the act.

While the internet is something most use every day, many children are susceptible to sexual threats and predators online.

The sheriff’s department is pleased with the outcome.

“This investigation has brought a lot of light to people in Henry County the dangers that we still face through social media,” Sheriff Monte Belew said.

Law enforcement set up ads on various websites including Craigslist or Backpage.com to attract those who target minors. Once they made contact with police, a meeting time and place were set where investigators were waiting to arrest them.

“There are still dangers out there,” Sheriff Belew said. “I don’t care where you are, there are dangers and a lot of them have the dangers right there in your hand or in your living room or wherever you may have your computer.”

The sheriff said five out of the six who were arrested in this operation came from outside Henry County and that it’s not uncommon for predators to travel great distances.

The sheriff’s office said they plan on running another operation similar to this investigation in the near future.