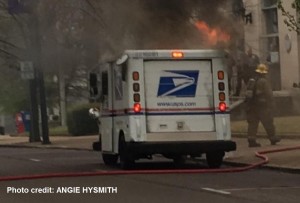 It is not yet clear what caused the blaze. No injures were reported.

The truck was on South Highland Avenue at the Court Square when the fire occurred.

The mail carrier was on his way back to the post office at the end of his route and had finished his deliveries, according to a postal supervisor on scene.

The only mail in the truck at the time was what the carrier had picked up on the route, and he was able to safely get it out of the truck, according to the supervisor. 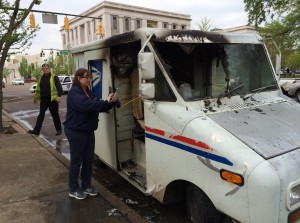 The fire appears to have begun near the front of the vehicle, according to the driver.

The truck is reportedly a total loss.