Alleged burglar tracked down by K-9

HENRY COUNTY, Tenn. — After an alleged burglary at a local restaurant, a man is now behind bars after one four-legged officer was able to track him down. 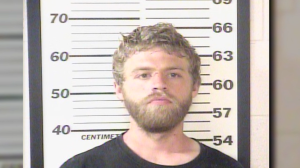 “A guy came in and just busted that window and went inside looking for money, obviously,” owner Jaime Onate said. “When he was in there, he busted the knob on the office door and the alarm went off and he ran out.”

“I was patrolling around Paris. I just happened to be in the area, and I heard the alarm call come out over the city net and I thought, ‘well, I’m close. I’ll just give them assistance,'” Henry County Sheriff’s Cpl. Wayne Fuqua said.

Cpl. Fuqua says he drove around the back of the restaurant to establish a perimeter and that when he got out of the car he could hear crashing and rustling in the woods behind the restaurant.

“I got on the radio and told the city units that I’ve got somebody in the woods, they are still close by,” he said.

“We couldn’t find the guy on our initial search. We just held the perimeter with everyone and came back and got Cisco, and I brought him into the woods and showed him the toboggan we had found, and Cicso went right to the guy,” Fuqua said. 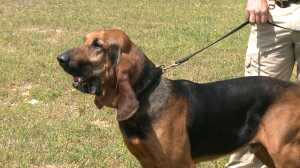 Cpl. Fuqua said this marks around 50 finds for Cisco and that they wouldn’t have been able to find Harper without him.

“We had gone into the woods initially and contaminated the area, so a bloodhound benefited because I was able to show him that scent and we were able to pick up where everybody had been walking through the woods looking for the guy,” he said.

He is set to appear Tuesday morning in Henry County General Sessions Court.