JACKSON, Tenn. — A man is facing eight counts of aggravated animal cruelty after police say he threw a bag of newborn puppies in a dumpster outside a Jackson business. 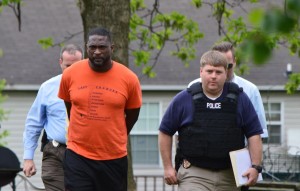 Ined Holmes Jr., 46, of Jackson was arrested after video surveillance led officers to identify him as the suspect after an employee found eight puppies alive in a dumpster, according to a release from the Jackson Police Department.

Store owners told WBBJ one of their clerks was taking out the trash Saturday night when they reported hearing some noise from inside the dumpster.

Once officers got to the store and removed the puppies from the dumpster, they found them inside a plastic bag that had been sealed shut, possibly just hours after being born. 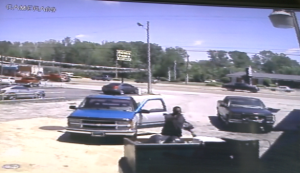 Police found a female dog that appeared to be the mother of the puppies chained to a dog house in Holmes’ backyard, according to the release.

Animal rescue volunteers said the mother dog, named Diamond, has accepted the puppies and is feeding them.

They hope to be able to relocate the family of dogs to a new home once the puppies are old enough.