Leroy-Somer plant in Lexington to lay off 180 employees

LEXINGTON, Tenn. — The Leroy-Somer manufacturing plant will reduce its workforce by 180 positions effective in June, a company spokesperson has confirmed. 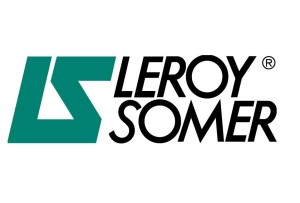 Due to a drop in demand for our industrial alternator products and the impact of the weakened economy, Leroy-Somer today (May 12, 2016) announced workforce reductions for its Lexington, Tennessee manufacturing facility, affecting 180 employees. This is no reflection on the talents of the affected employees, who have served our company and customers well over the years. This was a difficult business decision based on the need to adjust to market conditions, control costs and remain competitive. These layoffs will become effective in June, 2016.

Baldridge says the 180 figure is a working number and that the reductions will be staged over time with the first group of affected employees being notified in June.

The company’s last round of layoffs was in December and affected 76 employees, according to Baldridge. After this layoff, 120 employees will remain at the plant.

Lexington Mayor David Jowers said the plant is nearly half a million square feet. Records show it’s been a manufacturing company since the mid 1960s.

County leaders said they have resources available for unemployed residents including a job fair scheduled for May 17.

“You may have to drive a little farther to get that employment, but we’re here to help,” she said. The job fair will be at 9 a.m. at the First United Methodist Church in Lexington.

Despite the large layoff, Douglas said the county’s unemployment rate has dropped a little more than two percent in the past year.

We asked a company spokesperson if there were any plans to close the facility altogether. They said as of right now they will continue to manufacture with the lightened workforce.

We’ll have more on the story this evening on WBBJ 7 Eyewitness News at 5 and 6.