Parents react to Obama guidelines on transgender bathroom use

JACKSON, Tenn. — The White House weighs in on how public schools across the country should treat transgender students when it comes to bathroom and locker room access. 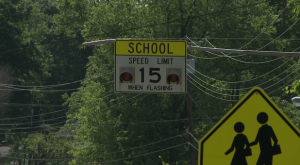 “I think that it’s a good plan,” another parent, Billie Arnold, said.

Smith said she has five children and some concerns. “I don’t want my children exposed to certain things, you know? That’s why they’re children,” she said.

The U.S. Department of Education and U.S. Department of Justice sent a letter with guidelines Friday. The directive is not law. It states transgender students cannot be discriminated against and should be treated consistent with their gender identity, even if it differs from school records.

“I think that if they’re forced to go into the other side, the other bathroom, it’s setting them up for fights and being harmed,” Arnold said.

“We’re going to look into it, study it and seek counsel from the school board attorney,” Jackson-Madison County School Board Member Dave Bratcher said.

Republican U.S. Senator Lamar Alexander issued a statement saying: “This is the kind of issue that parents, schools boards, communities, students and teachers should be allowed to work out in a practical way with a maximum amount of respect for the individual rights of all students. Insofar as the federal government goes, it’s up to Congress to write the law, not the executive departments. And guidance issued by the departments does not amount to federal law and should not be treated as such.”