JACKSON, Tenn. — For the seventh straight year, the road to Omaha goes through Jackson — at least for the Ohio Valley Conference. 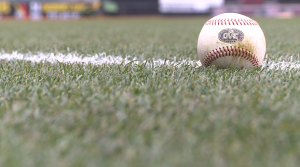 Tourism officials said the OVC’s relationship with the city brings in more than half a million dollars every year, which turns into a win for Jackson’s bottom line.

“I think that we’ve seen this grow over the last six years,” executive director for Jackson Tourism Lori Nunnery said. “Jackson has always been very hospitable to welcoming people, and so we see that the standard is growing and we’re having more people come in for this event and we want to help to continue to see it grow.”

The conference said choosing a city like Jackson has been a win for the better part of a decade.

“Jackson’s done a great job in putting itself on the map for us,” Ohio Valley Conference Associate Commissioner of Championships Scott Krapf said. “It’s certainly located centrally for our league and a number of our schools. It’s easy to get to right off the interstate, so our fans can come and travel and get here easily as well. So it’s been a really good destination for us to host this tournament.”

Conference officials said having the spotlight on the student-athletes is a special feature Jackson can bring that other cities just can’t offer.

“They always have a great experience here,” Krapf said. “And from a conference standpoint is being sure that our student athletes, when they come to a championship, to really have an exemplary experience, and they certainly do so here in Jackson.”

With the contract for the baseball tournament up for bid after this year, city leaders say they hope it’s here to stay to bring more of the conference to our city.

“The opportunity to welcome other OVC tournament championships to Jackson — there’s always the potential to grow sports tourism here, and we would like for their home to be here,” Nunnery said.

The Ohio Valley Conference tournament started Wednesday afternoon and is scheduled to last through the weekend.