JACKSON, Tenn. — The U.S. Supreme Court handed down a sweeping ruling Thursday over what officers can and can’t do when they stop drivers suspected of being drunk or under the influence of drugs. 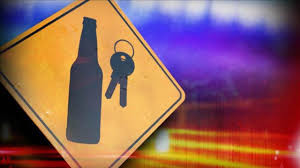 The decision places new limits on states. No longer can officers force drivers suspected of DUI to get blood tests without first getting a warrant signed by a judge.

DUI cases in Jackson and Madison County are all too common, according to local attorneys.

“I don’t know the exact number, but I can tell you it’s a lot,” lawyer Daniel Taylor said. “We have a lot of DUI cases in Madison County — I can tell you that.”

Thursday, the Supreme Court ruled some states are overreaching their authority with DUI testing.

The justices ruled police need a search warrant before requiring drivers to take a blood alcohol test but not a breathalyzer.

“The rationale here is that a breath test is not as intrusive or invasive as putting a needle in someone and drawing blood,” public defender George Googe said.

This means a person can refuse to take a blood alcohol test. Experts say it won’t change much here in Tennessee.

“So in Tennessee it is not a crime to refuse a blood test or a breath test, but it is in North Dakota and Minnesota,” Traffic Safety Resource Prosecutor Tom Kimball said.

In Tennessee, drivers can be cited, but it’s a civil charge, which can end with a judge revoking your license for a year.

“In Tennessee, if a person is driving with a license that has previously been revoked for a DUI, then it is a class A misdemeanor to refuse,” Kimball said.

Justices cited the Fourth Amendment in making their decision.

Thursday’s ruling was based on cases that started in Minnesota and North Dakota.

Some Clouds Give Way To Sunshine

Poll: Team of the Week for Week 6

Poll: Player of the Week for Week 6