Humboldt man accused of trying to break into pharmacy

HUMBOLDT, Tenn. — A man is facing burglary and vandalism charges on accusation of trying to break into a pharmacy. 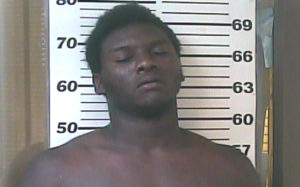 Keith Marcell Cole, 20, of Humboldt was arrested early Wednesday, according to a release from the Humboldt Police Department.

Police responded around 12:45 a.m. to an alarm at Duvall’s Rexall Drug on Main Street and found that a window had been broken in an apparent attempt to gain entry into the store, according to the release.

Witness told officers a man fled on foot when the alarm sounded and provided them with a description.

Police found a man who met the description, later identified as Cole, who fled on foot when he saw the officers, according to the release.

Cole was arrested after a short foot chase. He is charged with burglary, vandalism over $1,000, evading arrest and simple possession of marijuana, according to the release.

He is being held at the Gibson County Criminal Justice Complex. His bond is set at $10,000.