Fire breaks out at vacant business in west Jackson 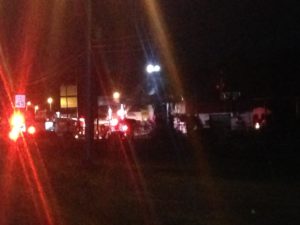 Firefighters said the fire broke out around 3 a.m. Tuesday at a vacant convenience store in the 700 block of Airways Boulevard.
Jackson police said a portion of Airways, which was closed in both directions to drivers due to the fire, is now back open.

The Jackson Fire Department Battalion Chief on the scene says no one was injured in the fire.

He said a fire investigator is on the scene and is trying to determine the cause of the fire.

Stay with WBBJ 7 Eyewitness News as more on this story becomes available.

Congress holds first hearing on UFOs in half a century