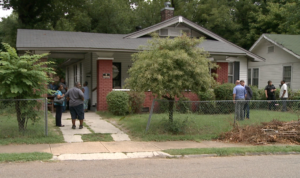 Officers were called out to the home in the 100 block of Dupree Street around 9:30 a.m.

Investigators say it appears the man died from natural causes. No foul play is suspected.

Officers have not released the man’s name or details about why he was in the window.