Shooting in East Jackson sends one to Hospital 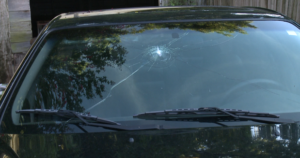 “My neighbors over there and his friends got into it and one thing led to another and they started shooting at each other.” Resident Beverly Tipton said.

That is what sent Beverly Tipton running for cover.

She said she was outside cleaning up at her house when the gunfire erupted.

“I feel shaken up and upset it happened like that,” Tipton said, “That friends would do friends like that.”

Police investigated the scene on Garneal Street off of North Royal sending one man to the hospital with a wound to his upper abdomen. Those injuries were visible to bystanders. Another man, who police called a person of interest, was taken away in a patrol car.

Neighbors said after the two men started shooting, a third man came in a white van to try and break up the fight.

Evidence of the shooting could be found in Tipton’s tire and leaving a mark in another neighbor’s windshield.

A trail of blood led up Tipton’s driveway showing where the victim ran across the street into her yard leaving her stunned. 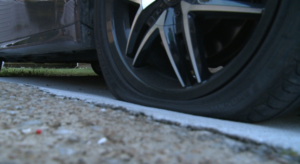 “Both of them are together everyday. I think they work together on odd jobs and stuff like that,  but yes, it’s shocking.” Tipton said.

Especially since neighbors said this is an area where kids play daily.

“First thing that ran in my mind is I’m glad my grand kids weren’t out here playing because they usually be out here riding their bikes and playing. So I’m glad I didn’t have them today.” Tipton said.

Tipton hopes this is a wake up call for the community.