JACKSON, Tenn. — A man is facing a sexual battery charge on accusations of inappropriately touching a woman at a south Jackson park. 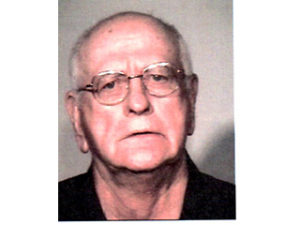 Billie Lancaster, 71, is accused of inappropriately touching a woman Sunday at Bemis Park.

A woman told police she was at the park with her grandson when a man police later identified as Lancaster drove by and blew his horn at her, according to an affidavit. She waved, and the man then pulled into the park.

The woman then went and sat at a picnic table where Lancaster sat next to her and kept moving closer, according to the affidavit.

He then grabbed her crotch area, at which time the woman says she screamed. Lancaster then left the park.

One of the officers said he thought he knew who the man might be, and police went to an address where they spoke with Lancaster.

Lancaster reportedly told police he knew why they were there and that he had made a woman angry by joking with her in the park. When asked how he was joking with her, police say Lancaster showed them by hitting himself in a grabbing motion between his legs.

Police say the woman identified Lancaster from a photo as the person who assaulted her.