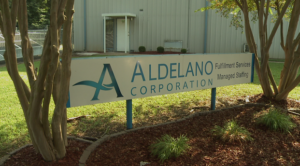 Aldelano announced a $1.5 million expansion. “We will be looking at updating this building, adding some facilities, adding a testing chamber, a paint chamber, and doing some expansion work,” Chief Operating Officer Nicole Smith said.

Smith said they will add 68 new jobs in Jackson over the next five years. The Jackson Chamber said it expects that number to go up. “There are some very technical and very specific jobs that will pay more than a lot of manufacturing wages that we traditionally see in Jackson,” Jackson Chamber President and CEO Kyle Spurgeon said.

Aldelano makes solar powered products including portable cold storage and a machine that makes drinking water by pulling moisture from the air.

Smith said they have been in Jackson for 26 years and started research development and testing here several years ago. “We started in Jackson,” Smith said. “We’ve got our engineering team here, so this is where we’ve done all of our groundwork, so naturally this is where we will start manufacturing as well.”

Aldelano expects manufacturing to begin within the next 30 days.

Smith said they also received a $68,000 grant from the state to help train employees.