JACKSON, Tenn. — A Jackson nurse practitioner was charged Monday morning on a count of simple assault. 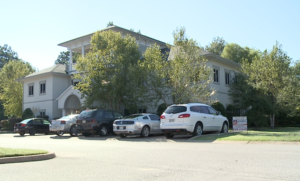 According to court papers, the charge against Jeffery Young Jr. stems from a Sept. 1 incident when a woman says Young approached her in the parking lot of his north Jackson office, screaming and cursing her.

Young did not appear in court Monday morning, but his attorney did.

The Madison County Sheriff’s Office said it could not release Young’s booking photo because he was cited and not arrested.

“Jeff called the police, they came out and investigated it, told the people they need to leave, and what this person did was they were mad about it and went down to the police and took out a criminal summons against Mr. Young claiming that he somehow assaulted them on the parking lot,” said Mark Donahoe, Young’s attorney.

His next court appearance is set for Oct. 24.