MADISON COUNTY, Tenn. — A correctional officer with the Madison County Sheriff’s Office has been recommended for termination after his weapon discharged in the sally port of the jail, according to the sheriff. 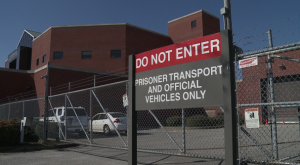 Sheriff John Mehr said he could not release the officer’s name at this time but that he has been with the department less than the 24-month probationary period. He could not say the date of the incident but said it was within the last couple weeks.

The officer is suspended without pay and has been recommended for termination after his weapon discharged when he was unloading it in the sally port of the Criminal Justice Complex, according to the sheriff.

Mehr said the gun fired into the sand meant to catch bullets in the event of a discharge.

The officer has appealed his termination, which is being reviewed by the sheriff.