GIBSON COUNTY, Tenn. — A PE teacher at Milan Elementary School was arrested this weekend and charged with DUI and assaulting an officer. 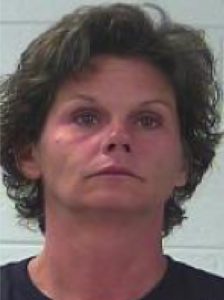 A traffic stop led to the charges against Julianne Trimmer, 43, who was arrested around 6:45 p.m. Saturday after dispatch notified an officer about a reckless driver, according to a report from the Milan Police Department.

Trimmer has been suspended without pay pending the outcome of the investigation, according to Director of Schools Jonathan Criswell.

The officer said Trimmer had slurred speech and that he noticed the smell of beer.

Trimmer at first complied with field sobriety tests but then refused to continue or to submit to a blood test, according to police.

Once at the police department, Trimmer fought and kicked the officer until she had to be restrained, according to the report.

Police reportedly found a half-empty case of beer and empty cans in Trimmer’s vehicle. She also reportedly told officers she had taken medication, some of which was not supposed to be mixed with alcohol.

Trimmer is charged with DUI, assault on a police officer, and violation of implied consent law.