JACKSON, Tenn. — West Tennessee, we’ve got two words for you — “save money.” 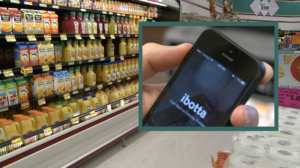 From groceries to household necessities, some items are hard to skimp on. While Consumer Reports says Americans are spending more, shoppers still want the most bang for their buck.

“I stretch my dollars by using as many coupons as possible because it saves a whole lot of money,” couponer Greg Polk said.

While traditional coupon clipping is one way to save, life in the digital age lends itself to a more technology-driven approach.

The Ibotta mobile app offers consumers a chance to save money by unlocking rebates and verifying their purchases. WBBJ spoke with founder and CEO Bryan Leach via Skype about the app.

“No matter what grocery store, where you went, you could have one place to go,” Leach said. “And instead of earning points you would earn cash, because everyone likes cash back.”

Here’s how it works. Browse the featured products, which update weekly, and hit “unlock” when you see one that interests you. You sometimes may be prompted to answer a question or watch a 15-second video about similar products.

When you buy the item, you then take a picture of your receipt to verify the purchase. You then can turn the rebates into cash back or gift cards to places including Amazon and Starbucks.

You may be asking, what does Ibotta get in return?

Leach says through partnerships with brands, the instant rebates for users come from split revenues.

Users also can use the app for restaurants and other retailers.

Company data shows the most popular purchases in the Hub City are Luvs diapers, Budweiser brews and Borden cheese.