MARTIN, Tenn. — The University of Tennessee at Martin is now officially removed from probationary status. 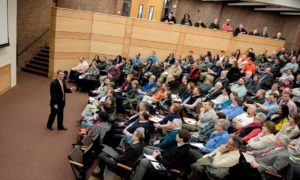 The Southern Association of Colleges and Schools Commission on Colleges has officially removed the school from probationary status, according to a release from UTM.

The announcement came during the final day of the 2016 SACSCOC annual meeting held Dec. 3-6 in Atlanta, according to the release.

UT Martin was notified in December 2015 of the commission’s decision to place the school on a 12-month academic probation based on the university’s failure to comply with five of the 92 accreditation standards, according to the release.

The UTM faculty members, administrators and support staff have made changes in the campus atmosphere and documentation surrounding assessment and student outcomes, the release states.

The school also has a long-term plan in place to ensure the issue doesn’t happen again, according to the release.