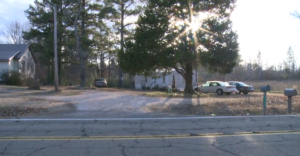 The 15-year-old juvenile has been charged with reckless homicide in the shooting death of 23-year-old Julius Gray, according to court documents obtained by WBBJ 7 Eyewitness News.

According to the documents, the juvenile told deputies he picked up a gun he believed was not loaded, pointed it at the victim and pulled the trigger.

The juvenile’s name has not been released.

Deputies responded around 10 a.m. Sunday to the 6000 block of Middleburg Road. They say the victim and suspect were sitting on a couch at a mobile home at the time of the shooting.

Deputies say one shot was fired.