BEMIS, Tenn. — New information has emerged on a deceased gunman after a violent day in the Bemis community leaves a woman dead. 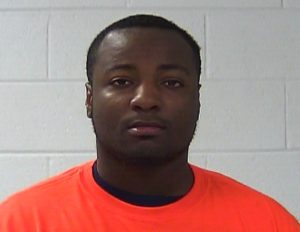 Jackson police responded just before 7 a.m. Thursday to the 400 block of South Massachusetts Street where they say Paulette Garrett was found dead inside her home and Christopher Armstrong, 22, was found dead in a nearby woods.

Investigators say Garrett was a victim in an attempted robbery in December 2014 and was shot hours before she was set to testify against Armstrong in Gibson County.

A warrant for Armstrong confirms he was the suspected gunman in the robbery and was out on bond in that case.

Records show he has a criminal record including drug offenses, attempting to smuggle drugs into jail, and contempt of court.

“She got on the phone and called for help, and the police were right there within a minute or two,” Milan Police Chief Bobby Sellers said of the 2014 attempted robbery. “When he fled the scene, they got him out of an empty building and arrested him. I think he has been out on a $50,000 bond since then.”

We will have more on the story this evening on WBBJ 7 Eyewitness News at five and six.

Deadline Monday to apply for FEMA aid after Tennessee floods