JACKSON, Tenn. — The McNairy County Chamber and Economic Development team announces a new status for industry across the community. 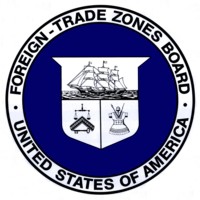 “Being in a Foreign Trade Zone and being able to offer that to potential industries coming in puts us up one more level to be competitive,” Crittendon said.

“Every industry we have operates on a global footprint,” Crittendon said. “Years ago, a lot of companies would make wares and things like that, and whatever they manufactured, they may sell within 2, 3, 400 miles of their plant.”

That isn’t the case anymore though, which Crittendon said made applying for this zoning so important.

“Our plan is that it will have an immediate effect on a lot of the industries we have, because out of the 14 or 15 major manufacturers we have in McNairy County, they all either import or export something,” Crittendon said.

Long term, the county hopes it will allow current businesses to stay and grow at their current sites and also bring more industries to the area.

The chamber will have a seminar March 28 for all existing industries and stakeholders to learn more about the new status.