JACKSON, Tenn. — An elderly man has pleaded guilty to indecent exposure charges after being accused in a series of flashings at salons in north Jackson. 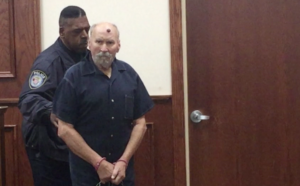 Earlier this month, 75-year-old Robert Wallace was arrested and charged with exposing his genitals in at least three salons, once in front of a child.

He was sentenced to just less than a year of probation as well as counseling.