JACKSON, Tenn. — Hundreds packed the halls of the Jackson Country Club for a favorite annual event. 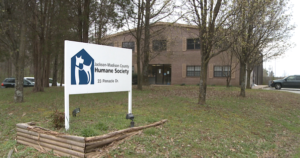 But supporters of the Jackson-Madison County humane society say the “Fur Ball” is more than just a night out.

“A lot of people think we are just here to have fun, but it really is to raise funds,” Lynn Caldwell, president of the humane society said.

The annual “Fur Ball” is the humane society’s largest fundraiser of the year.

Because it is a nonprofit organization, Caldwell said the shelter relies on donations to operate.

But there’s no denying “fun” was happening all around.

Guests were treated to a three course meal and live entertainment, and were able to participate in a silent auction, all to help our furry friends.

“You’re buying something you could actually use yourself, but then you know you’re supporting the animals in the community,” Tessa Jones, a volunteer for the shelter said.

She said the group has really stepped up when it comes to caring for animals, and has set up a good examples for communities around the country.

“I just think it really reflects poorly on society when you have animals that are not cared for,” she said.

Caldwell said the ball is expected to bring in around 30,000 dollars for the shelter, but the amount of support from the community is worth more than the dollars.

Organizers say you can keep up with the shelter’s fundraisers by checking out their webpage here.