JACKSON, Tenn. — President Donald Trump’s travel ban is getting people talking all across the country, and right here in the Hub City. 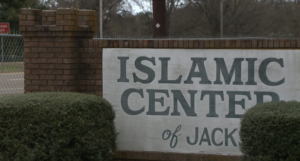 One active member of the Muslim community in Jackson, is speaking out against the ban imposed by President Trump.

“We want to be safe, just like ever other American and every other person in Jackson,” Asif Ahmed said.

Ahmed said the ban, which the courts have put on hold for the second time, is a misreading of the Muslim faith.

He said they are just as committed to the fight against terrorism as anyone else.

“It should be a given that all the Muslims here in the Jackson area and in Memphis and West Tennessee stand hand in hand, side by side in fighting against terrorism,” he said.

But supporters of the President say he is not against the religion, and is just doing what he has to do to protect the country.

“It’s just like at night,  its not that you’re scared of your neighbors,” Ann Strong, a GOP member in the area said. “You lock your doors just for protection of the unknown, and I think it’s the unknown he is worried about.”

Ahmed agrees fear of the unknown is part of the problem, and said Muslims are working to combat that across the country.

He said mosques in west Tennessee are naming March as open mosque month to give the public a a chance to met their Muslim neighbors.

“We have people who visit on a frequent basis,” he said. “We have nothing to hide, we want people to be able to come over and we also go to churches as well. Interfaith is a big way we close the gaps.”

Ahmed said of the 1.6 billion Muslims in the world, less than one percent subscribe to what he calls terrorist ideology.

He said there is a huge distinction between them and the Muslims you see in your community.

“I could never conceive anything that would make me and the people that I know jump from normal Muslim ideology, because it defies all laws of human decency and logic,” he said.

But whatever your take on the situation is, Strong said she believes it’s time to trust the president knows what he’s doing when it comes to protecting our country.

“It is his constitutional right to protect us,” she said. “He is doing what we elected him for.”

If you want to visit the local mosque in Jackson, members say all you have to do it let them know ahead of time so they can ask a translator to come to the service.