SAVANNAH, Tenn. — The Catfish Capital of the World is now reeling in a lawsuit. 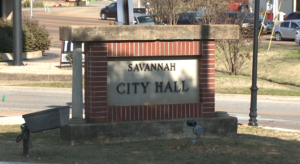 Former Police Chief Gary Will filed a lawsuit against the city of Savannah earlier this month saying he was let go because he refused to participate in illegal activities he witnessed taking place in the city.

In the nine-page document, the former chief claims he told the city manager on several different occasions of illegal practices and activities that took place inside the police building.

According to the document, Will was hired as the chief of police in November of 2014. He claims once in office, he discovered forfeited and confiscated money was not placed in a bank but was kept at the police department for several years.

He says seized and confiscated guns, credit cards, cash, wallets and personal property were never documented or recorded in any way.

In the lawsuit, Will claims he pulled over a city judge one time for throwing out a cigarette and making an illegal turn. But instead of being praised for police action, he says he was reprimanded for not showing favoritism.

Will claims officers were submitting poorly written reports, so he began requiring officers to re-write them to meet standards.

He also says the mayor and the city commission met several times outside of the public eye without notice of the meeting, which violates the Sunshine Law.

He claims the city of Savannah fired him in March of 2016 for refusing to participate in the illegal activities.

He is seeking compensation for lost wages, emotional distress and embarrassment.

WBBJ 7 Eyewitness News repeatedly tried Monday to contact the mayor, city attorney and members of the city commission for their comment on the lawsuit and the claims made by Will. However, none of our phone calls was returned. Should any of the city officials choose to comment at a later time, we will share those comments with you.