JACKSON, Tenn. — Two people appeared Monday morning in court on accusations of trying to use counterfeit cash at the Wal-Mart in north Jackson. 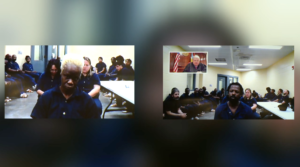 Police say Stewart was waiting in a car outside where officers found Scott hiding.

Stewart claimed she was just giving him a ride. Both are charged with criminal simulation.