JACKSON, Tenn. — After months of searching, School Board members select a new leader for the Jackson-Madison County School System. 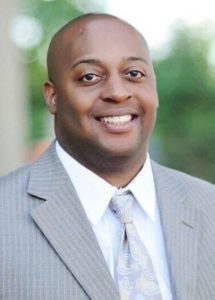 School Board members selected Dr. Eric Jones to lead the district during a Tuesday evening meeting.

“I’m excited. I think Dr. Jones is a great leader,” School Board Chairman Bob Alvey said. “He is connected to people in our district, and I think he is going to hit the ground running.”

“I’m humbled by this opportunity and really looking forward to starting a journey,” Dr. Jones said.

WBBJ 7 Eyewitness News spoke to Jones, who was out of town, by phone after he received the news. He says this is a full-circle moment.

“It’s just hard to believe. Ten years ago I was starting as a teacher at Madison, and here we are 12 to 13 years later,” Jones said.

But the decision didn’t come with a unanimous vote.

Board member David Clifft abstained from voting for either candidate, saying the board could have done more.

“My issue is I don’t think the board did its due diligence in going far enough in this search,” Clifft said.

Clifft says out of a candidate pool of 25, he wishes more than three were brought to the board to interview.

We asked Clifft why he didn’t speak up when the Tennessee School Board Association was there.

“I didn’t say anything that night because I needed some time to think about,” Clifft said.

Despite his decision not to cast a vote, he says he will support Jones.

“I’m not bitter or upset that Dr. Jones was selected. I will work with him and support him to the best of my ability,” Clifft said.

As for Jones, He says he will be in prayer and meditation before stepping into the role.

“I hope that my leadership can rally this community together,” Jones said.