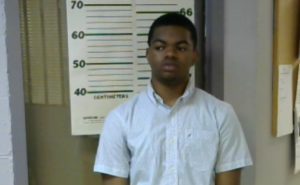 Shawntavious Centwane Milan, 18, of Humboldt was charged Wednesday in connection with several recent burglaries, according to a release from the Humboldt Police Department.

Police say the charges stem from multiple auto burglaries reported between the end of 2016 and the beginning of 2017.

They say some of the stolen property has now been recovered.

The investigation is ongoing, and anyone with information is asked to call Humboldt police at 731-784-1322.