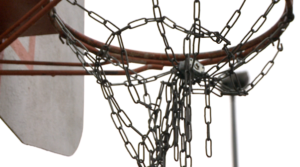 A desolate basketball court in Middleton City Park will be unavailable for at least the next 30 days.

“Being in this community, there’s really nowhere to go for recreation other than the park,” resident Maurice Reaves said. 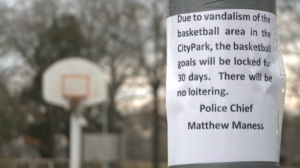 The Middleton Police Department posted signs on the basketball goals announcing they will be locked for 30 days due to vandalism.

“A park is a place to go for recreation,” Reaves said. “If you call going for recreation loitering, I guess you could call it that.”

Some community members are displeased by how Middleton police delivered the message.

“If we don’t know, then how will we know? We just show up at the park and we don’t have access to anything,” concerned parent Soboises Sain said.

City officials said the basketball court is under investigation, and because of that Middleton police have the authority to put it on lockdown.

“That’s a slap in the face to our basketball team,” Sain said.

Sain said Middleton’s basketball teams are always in the state finals and the city park is a place some kids use for practice.

“My youngest daughter, she’s learning to play with balls and everything,” Sain said. “And to take her there and she can’t get to the basketball court is not right, and I think other people would agree with me.”

Although the basketball goals are chained up, the rest of the park remains open.

“If you’re saying the park in general is vandalized, it should be the entire park, not just one section,” Reaves said.

Sain agreed. “The whole thing should be shut down until they do get their report to find out what’s going on and let the community know as well.”

WBBJ 7 Eyewitness News reached out to the Middleton Police Department several times for comment but have not yet received a response.