NASHVILLE, Tenn. (AP) — A bill to require Tennessee school buses to be fitted with seat belts by July 2023 is advancing in the House. 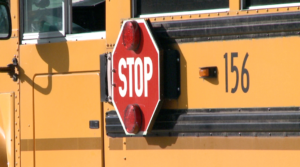 The Chattanooga Times Free Press reports that the House Transportation Subcommittee advanced the measure on a voice vote on Wednesday.

The vote came after a pediatric surgeon testified about how three-point safety belts could have benefited children injured in a Chattanooga school bus crash that killed six children in November.

Democratic Rep. JoAnne Favors of Chattanooga said she was pleased to see her bill advance but acknowledged that she will have to address the estimated $400 million it would take for school districts to buy new buses equipped with seat belts.

Investigators have said the driver was speeding and off of his route when the bus crashed.