NASHVILLE, Tenn. (AP) — The House has voted on a bill that would block any efforts by Tennessee cities to decriminalize the use of marijuana. The bill would nullify laws that Memphis and Nashville have passed that have reduced the penalty for weed in some cases. 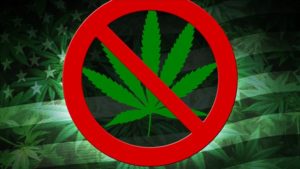 The bill was sponsored by Rep. William Lamberth, a Republican from Cottontown. It passed over the objections of lawmakers in Memphis and Nashville who thought the state should stop interfering with their cities. Republican House Speaker Beth Harwell, of Nashville, voted against the measure.

Nashville and Memphis passed laws that would give police the discretion to allow people caught with a small amount of marijuana to face a civil penalty instead of a misdemeanor charge.

The bill passed 65-28 with one member present who didn’t vote.