The Tennessee Bureau of Investigation, FBI and the 25th District Attorney General announced the reward Thursday in the unsolved 1998 murder of Michael Bell, according to a TBI release.

Bell was a clerk at the McKee’s Stateline Convenience Store at the time of his murder on July 23, 1998. The store is located on Highway 1255 between Middleton, Tenn., and Walnut, Miss.

An unknown individual shot and killed Bell, then left the store in a 1990s General Motors sedan and drove toward Walnut, Miss.

The robbery does not appear to have been the motive of the shooting, according to the release. They say Bell instead was the target of a coordinated murder. 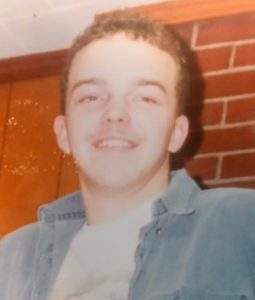 The FBI has joined in the investigation, and the partnership has resulted in new leads in the case, according to the release.

Investigators believe there are people in the community who have information that can help solve the crime.

The reward is for information that directly assists law enforcement in the arrest and conviction of the person or persons responsible for Bell’s death.

Anyone who has information is urged to call 1-800-TBI-FIND.