SAVANNAH, Tenn. — A gas station was surrounded by officers Saturday night after reports of a shooting. 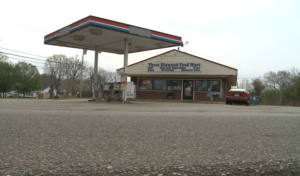 “I saw the officers everywhere, and it was mayhem up here. It was mayhem,” resident Sandra McClelland said. “You could see that he was laying in the door, and it was awful.”

“The incident began with a report to 911 of a call of a reported shooting at a convenience store at 15 Bain Road in Savannah, and that’s something Savannah police responded to,” TBI spokesperson Susan Niland said.

The victim, 26-year old Vincent Casey Jr., was found with gunshot wounds and taken to the hospital. There’s no word on what led to the incident.

The TBI said there’s no one in custody and there are no suspects, but residents do know the victim.

“He’s from here. He grew up here in this community,” McClelland said.

At last check, the TBI said Casey was still being treated at the hospital.