HARDEMAN COUNTY, Tenn —  It’s out with the old and in with the new for the Hardeman County Sheriff’s Department. Soon they’ll be replacing an almost 60-year-old emergency response system. 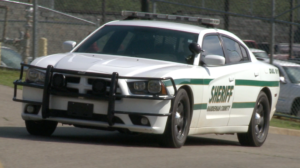 “Anything that’s going to be faster and quicker may save somebody’s life,” resident Elmon Jean Lockett said.

The county is spending $397,500 to switch from an analog to a digital radio system.

“We can actually help the citizens of the county a little quicker by sending the closest car to wherever the call is,” Sheriff John Doolen said.

Doolen said the new system will also allow 911 dispatchers to track patrol cars on a screen from their office. Officials say the funding for the project comes entirely from the Hardeman County 911 board, with no property taxpayer funds used at all.

“You know, sometimes you have to do a little bit and spend a little money to get stuff done better,” resident Evelyn Jones said.

Sheriff Doolen says the digital system comes with many benefits. “It will suit us better. We’ll have more communications, better communications and also we’ll be able to locate deputies and patrol cars,” he said.

County leaders say it’s a good investment for the safety of law enforcement officers as well as citizens. “No tax hike, better service — it’s a win-win for everybody,” Sheriff Doolen said.

Doolen says they are looking at a 10-month turnaround before putting the digital system to use.