NASHVILLE, Tenn. (AP) — A plan by a Tennessee nonprofit to house the homeless by building a village of micro homes near a church has prompted some neighbors to picket in protest. 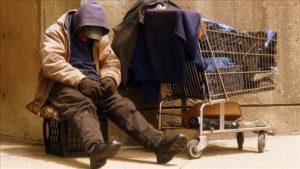 Bill Durkin, a resident who opposes the project, says he’s concerned about how the project will affect the surrounding residential neighborhood. He says it could become “rife with campsites and the things that come with it.”

Ingrid McIntyre, who has been leading the project, led a prayer with supporters at the site in response to the picketers.

Project organizers say there will be security and on-site care coordinators to keep the village clean and safe.