JACKSON, Tenn. — The Jackson Generals kick off their 2017 season Thursday night at the Ballpark at Jackson. 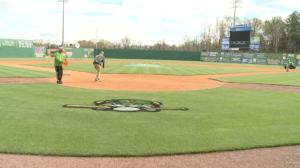 Also this season, local food trucks will be at the ballpark on Fridays, and fans can enjoy fireworks on Saturday.

The team says it will play games an hour earlier this year, with first pitch at 6:05 p.m.

“Hopefully kids will be able to see more of the game and then everyone’s done earlier. We know that there’s work and school the next day,” said Brandon Liebhaber, Jackson Generals media relations and broadcasting manager.

The team begins a five-game homestand, taking on the Birmingham Barons.