JACKSON, Tenn. — Two women appeared Thursday in court on charges in a suspected shoplifting at Jackson Kroger that led to a high-speed chase. 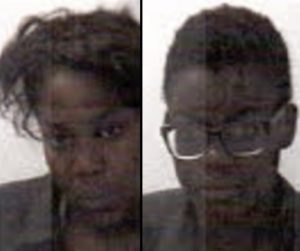 Alicia Jones and Quineshia Townsel were arraigned on a charge of theft in the March 28 incident that began at the Stonebrook Place Kroger.

The women are accused of taking nearly $800 in groceries. The pursuit afterward led to a chase into Hardeman and Fayette counties.

According to court papers, Andrew Mondie was driving the car.

Deputies forced their vehicle off the road, ending the chase.