HUMBOLDT, Tenn. — A community came together Sunday afternoon to remember a little boy who died last month in a fire that destroyed his family’s home. 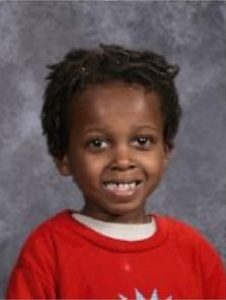 Hundreds gathered at New Breed Pro Wrestling in Humboldt to remember Tri’darrius Shaw who tragically lost his life in the fire.

His mother and two sisters were left homeless after the fire, so community members organized a fundraiser and silent auction for the family.

“We just want to bring a little bit of joy to his family,” said Saint Lobo, who helped organize the event. “I know it’s hard, but maybe they can get a little break.”

West said her son had a love of wrestling, so it only seemed fitting to hold the fundraiser at a wrestling arena.

“His favorite thing was to play with wrestling mens, so of course that’s what I put in his grave for him to go home with,” she said.

New Breed Pro Wrestling Owner Brian Michaels said as soon as they heard about Tri’Darrius and his family, they knew they wanted to help.

“A lot of people think wrestling is brutal and we are barbaric,” Michaels said. “They don’t realize that we do step up and help the communities out.”

And Tri’darrius’ mother said she couldn’t be more thankful, and seeing the community come together is helping her get through this tough time.

Employees at New Breed Pro Wrestling said they don’t yet have exact figures on how much was raised, but all money will go straight to Tri’darrius’ family.

If you missed the fundraiser, you can still donate to the family through the wrestling arena’s website here.

February programs for all ages at Jackson Madison County Library

Hasty Pudding celebrates Coolidge as its Woman of the Year