BROWNSVILLE, Tenn. — A Haywood County judge ruled there is enough evidence to advance the case against Kyanedre Benson, 20, of Jackson, to the grand jury. 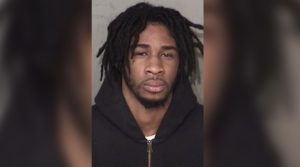 Tuesday, during Benson’s preliminary hearing, two agents with the Tennessee Bureau of Investigation and two witnesses took the stand.  One of the witnesses testified Benson got into a fight during the party at the National Guard Armory in Brownsville back in January.  After the fight was broken up, the witness said Benson pulled out a gun and started shooting.  Ten people were injured.

Benson was arrested a few days later by U.S. Marshals in Detroit, Mich.