Update: Police say the man was using a false name and was later identified as Marin Ramirez Rosales. They say a run of his fingerprints through a national database revealed his true identity. He now faces an additional charge of criminal impersonation. See the updated story here. 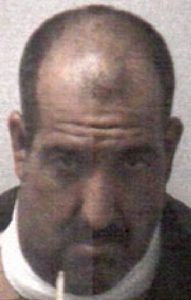 Ruben Gonzalez, who was originally believed to be the victim in the Friday shooting at Rodeway Inn, is now charged with aggravated assault and a gun count.

Court papers say he pulled a .32-caliber revolver on another man and threatened to shoot him in the head.

Police say the other man pulled a gun of his own and shot Gonzalez in self-defense.

Officers say they later found half a pound of meth and $14,000 in cash.