JACKSON, Tenn. — A man is now facing charges in the burglary of a Jackson home after police say they found stolen property inside his residence. 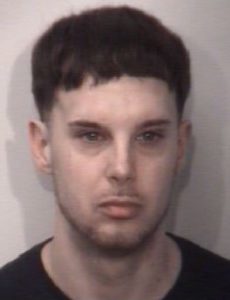 Joshua Sean Poole, 26, of Jackson was arrested April 5 after police searched his residence and found stolen property, according to a release from the Jackson Police Department.

The burglary took place during the early morning hours of March 23 at a home in a northeast Jackson subdivision and was reported the following day.

Police say firearms, electronics and collectibles were among the items stolen. They were able to return most of the stolen property to the homeowner, according to the release.

Poole was released April 7 on $5,000 bond. He was arraigned Monday and is scheduled to appear at 9:30 a.m. April 27 for a preliminary hearing in Jackson City Court.