UPDATE: Fatal crash closes section of I-40 in Decatur County 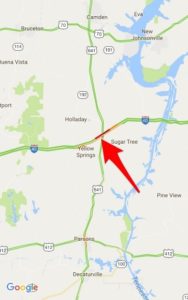 Eastbound traffic on Interstate 40 between mile markers 126 and 128 had been at a standstill for hours.

According to the Decatur County sheriff, the chain-reaction crash occurred around 6 p.m. Thursday after a tractor-trailer caught fire. The sheriff said as traffic was coming to a stop, several other vehicles including another tractor-trailer were unable to stop in time causing the deadly crash.

“Apparently these people came up on it before they realized that it was a backup and a lot of them couldn’t stop, and it was just a chain-reaction here,” Decatur County Sheriff Keith Byrd said.

Several others were injured and were taken by ambulance or airlifted from the scene to area hospitals.

Late Thursday evening, the Tennessee Department of Transportation told WBBJ 7 Eyewitness News the left lane of the interstate had been reopened
as crews continued to clear the scene.