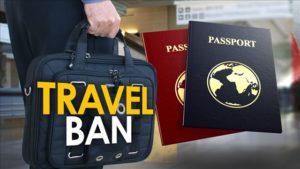 The states argue the ban falls within the president’s authority to block foreigners from the U.S. They also reject the argument that it targets Muslims.

Norris last year sponsored legislation to allow the General Assembly to hire its own attorneys to file a legal challenge seeking to halt the federal refugee resettlement program in Tennessee after Slatery and Gov. Bill Haslam declined to sue over the issue.