DYERSBURG, Tenn. — A man accused in the murder of a mother of two appeared Tuesday morning in court. 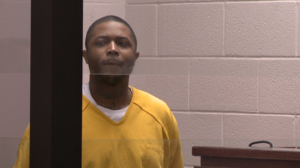 Torius Russell is charged in the death of Shanice Amerson, who was throwing a birthday party for her son last fall at a home in Dyersburg.

Seven others were injured.

Russell’s public defender asked for a 90-day extension to hear testimony from witnesses.

Judge Lee Moore granted that extension but said he expected a disposition or a plea.

Russell will be back in court Aug. 9.