HAYWOOD COUNTY, Tenn. — The superintendent of Haywood County Schools will step down at the end of the school year. 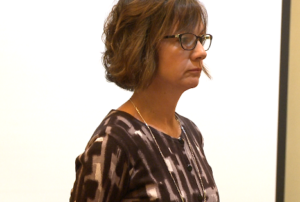 Haywood county school leaders discussed the future of the district during a board retreat. Superintendent Teresa Russell announced she won’t be returning next school year.

“It has been the most rewarding and challenging experience that I’ve had in public education,” Russell said.

Russell has held the position for the past five years, but she felt it’s time to let someone else take on the role.

“I just felt like it was time for me to move on to something else and to pass the torch to someone with a new vision who can carry the district forward,” she said.

With over 20 years as an educator, Russell said although she’s stepping down, leaving the school system is not an option.

“I don’t have any definite plans. I do want to stay in public education. I love it!” Russell said. “I really want to move into something more focused. The role of the superintendent is very broad.”

The Haywood County School Board is starting to discuss options on how they want to conduct the search.

Russell said the school board voted Tuesday during a special called meeting to conduct the superintendent search themselves rather than turn it over to the Tennessee School Board Association.

Russell’s last day will be June 30. She hopes the new superintendent will be named by the end of June so she can help with the transition.