UPDATE — The Tennessee Highway Patrol has identified the man killed in a Tuesday morning crash in Reagan.

Charles D. Kennedy Jr., 40, of Henderson, was killed in the crash, according to a report from the Tennessee Highway Patrol. He was driving a Peterbilt dump truck.

A Chevy Silverado pickup was traveling southbound on Highway 104 and pulled into the Highway 100 intersection into the path of the eastbound dump truck, according to the report.

The Silverado rotated and struck an unoccupied parked vehicle. The dump truck rotated and overturned in a parking lot.

The driver and passenger of the Silverado, a woman and an 8-year-old girl, both of Sardis, were both ejected. There is no word on the extent of their injuries at this time.

Kennedy was not wearing a seat belt, according to the report.

HENDERSON COUNTY, Tenn. — A driver of a dump truck was killed and two other motorists transported after a Tuesday morning crash in Reagan. 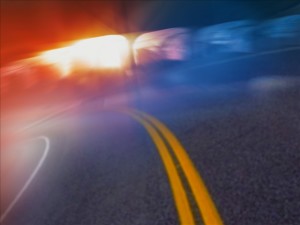 A dump truck and a pickup collided at the intersection of Highway 100 and Highway 104 in Reagan, according to Lt. Brad Wilbanks with the Tennessee Highway Patrol.

The dump truck driver was killed in the crash, according to Lt. Wilbanks.

One of the occupants of the pickup was airlifted to Vanderbilt and the other transported by ambulance.

There is not yet word on the extent of their injuries.