JACKSON, Tenn. — Two students and the driver of a car were transported to be checked for minor injuries after an early morning crash involving a Jackson-Madison County school bus in west Jackson. 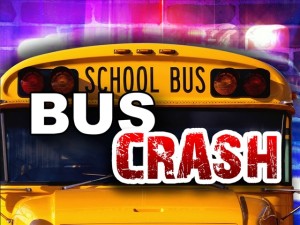 The school bus driver has been cited for failure to yield right of way, according to a release from the Jackson Police Department.

The wreck took place around 6:30 a.m. at the intersection of North Highland Avenue and Walnut Street, according to the release.

Police say a car was traveling southbound on North Highland when the school bus pulled onto North Highland from the stop sign on Walnut Street, striking the car in the right side.

The bus involved in the crash was No. 155 and there were about 30 children on board at the time, according to a release from school system spokesperson Ginger Carver.

The driver of the car and two students were taken to a local medical facility to be checked for minor injuries, according to police.

Police say the school bus driver was cited for failure to yield the right of way.

Parents have been contacted, and students arriving at school from the bus were also assessed by a school nurse, according to the release from the school.