NASHVILLE, Tenn. (AP) — Republican Gov. Bill Haslam’s road and bridge funding bill is headed for a showdown in the Tennessee House on Wednesday. 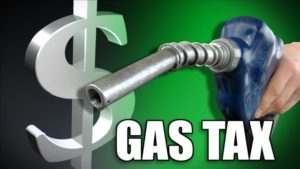 The sticking point is the governor’s proposal to pay for new projects in large part through the state’s first gas tax hike since 1989.

Supporters argue that a package of tax cuts made in the bill outweigh the amount raised from the fuel tax increases.

Opponents are calling for the fuel tax hikes to be stripped from the bill and to instead dedicate sales tax revenues from auto sales to highway funding.

Haslam says his approach is fairest because about half of fuel taxes are paid for by trucking companies and out-of-state drivers. Meanwhile, sales taxes on vehicle purchases are paid only on vehicles registered in Tennessee.