BROWNSVILLE, Tenn. — Speeding cameras in Brownsville spark serious controversy with complaints making their way all the way to city hall. 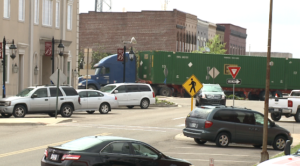 “I was shocked when I got a ticket out of the mailbox about a month ago,” resident Edward Shirley said.

Many drivers are upset and taking their concerns about handheld speeding cameras to city officials. Mayor Bill Rawls said the cameras were initially put in place to reduce speeding and the number of crashes in school zones. “Once they moved outside the school zones throughout the community, then it got to be more of a problem,” Mayor Rawls said.

The device would track your speed, then you would receive a $50 ticket in the mail.

“The last thing we need to do is get the reputation of being either a Mason or Galway or known as a speed trap,” resident Andrew Cooper said.

The amount of complaints coming from people in the area led Mayor Rawls to make the decision to get rid of the cameras. City leaders are working to come up with an alternative to benefit everybody. Brownsville police said they’re in agreeance to discontinue the device.

“I think what the public is wanting is that personal relation with the officers rather than answering to some type of technology,” Asst. Chief Kelvin Evans said.

Some community members said having a face-to-face encounter with officers is a fair approach.

“If someone is going to be charged, the person who is charging you needs to confront you,” resident John Ashworth said.

“We don’t need just some kind of impersonal cameras sitting there and saying, OK, you’re guilty of this or that and not being able to challenge it,” Cooper said.

Overall, residents say they’re appreciative of the city for addressing the problem.

“I’m just glad they’re taking them out, but I would say to all the public, you need to comply with what the speed limits are,” Ashworth said.

Although city officials have decided to get rid of the cameras, Brownsville police will continue to issue regular citations. Each of the tickets from the speeding cameras costs drivers $50,
whereas regular citations are nearly $165.

Chief Evans said the money from the speeding camera is split between the company and the city. The portion given to the city is for the youth fund for summer programs and activities.